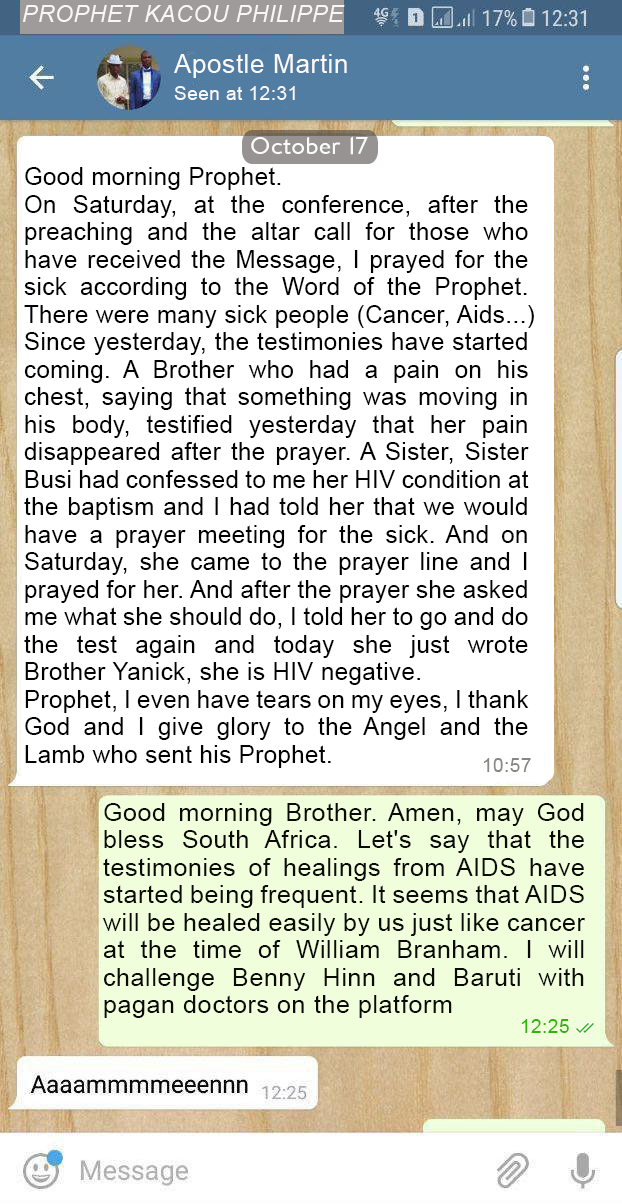 1. After a month of evangelisation in Mozambique, Apostle Hugo Ze returned safely in Angola on September 30, 2017. Several Catholics, Protestants evangelical and Branhamists have been led to Christ.
2. Apostle Aman Martin and Preacher Yanick Aka leave Ivory Coast on October 5th, 2017 and will arrive in South Africa for two weeks.
3. Since yesterday September 30, 2017, Apostle Andre Lima has started a trip of evangelisation in the South of Brazil. From there, he will go to Argentina and to Paraguay. If possible, he will go to Uruguay before returning to Brazil and then go to the Honduras.
NB : Our prayers and posts must go in this sense