KACOU 134: LETTER TO AFRICAN HEADS OF STATE AND THEIR PEOPLES 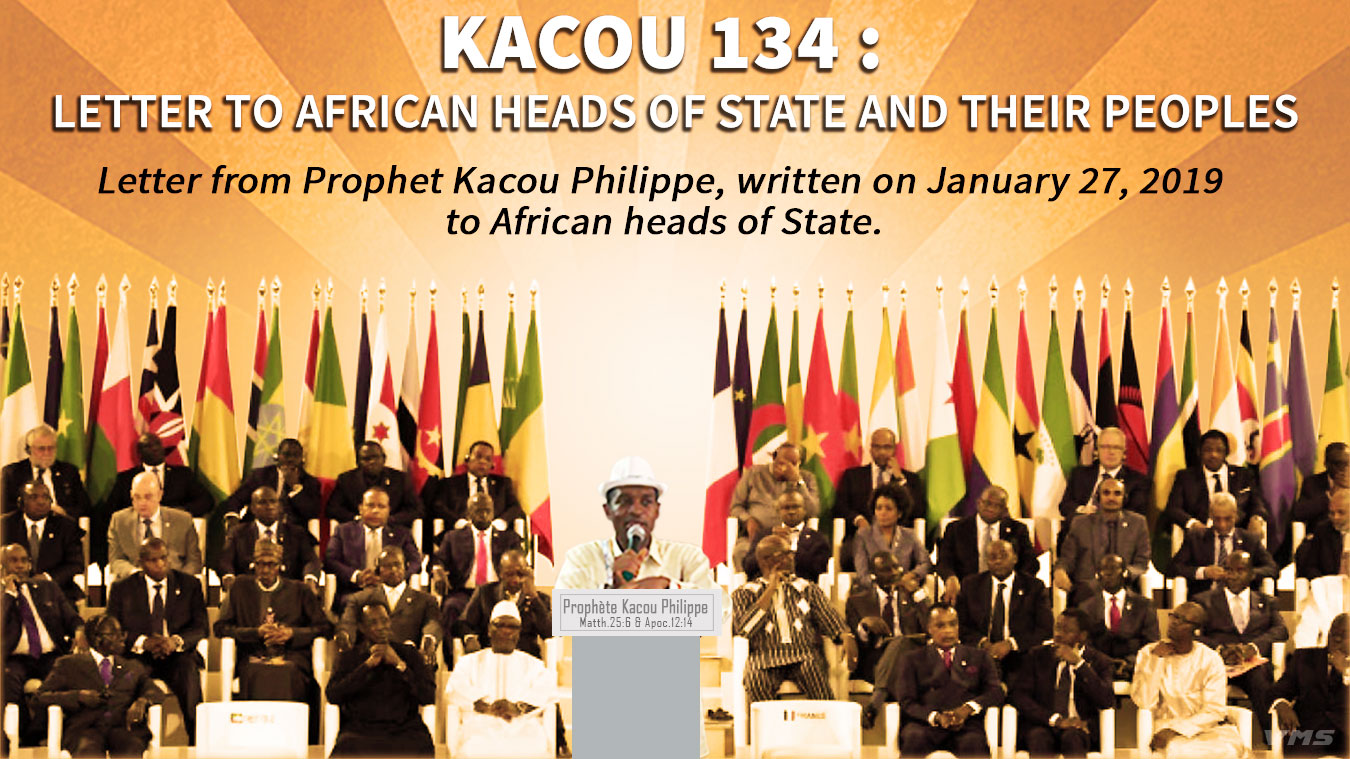 KACOU 134: LETTER TO AFRICAN HEADS OF STATE AND THEIR PEOPLES

Letter from Prophet Kacou Philippe, written on January 27, 2019 to African heads of State.

1 I, Prophet Kacou Philippe, prisoner until May 20, 2021 because of the Gospel of Christ, I was sitting alone at my house at Katadji on Sunday morning, January 27, 2019, and I received a revelation for the African heads of state and their peoples, to make them know their origin, their value and the will of God for their conduct on the earth according to the vision that I received on April 24, 1993.

2 Messrs. Presidents, in the beginning Adam had known his wife Eve after Satan’s word, and because of this God smote the earth with curses and thistles and thorns appeared. And till the end of the world, thistles and thorns will grow everywhere and women will give birth with pain according to God's decree.