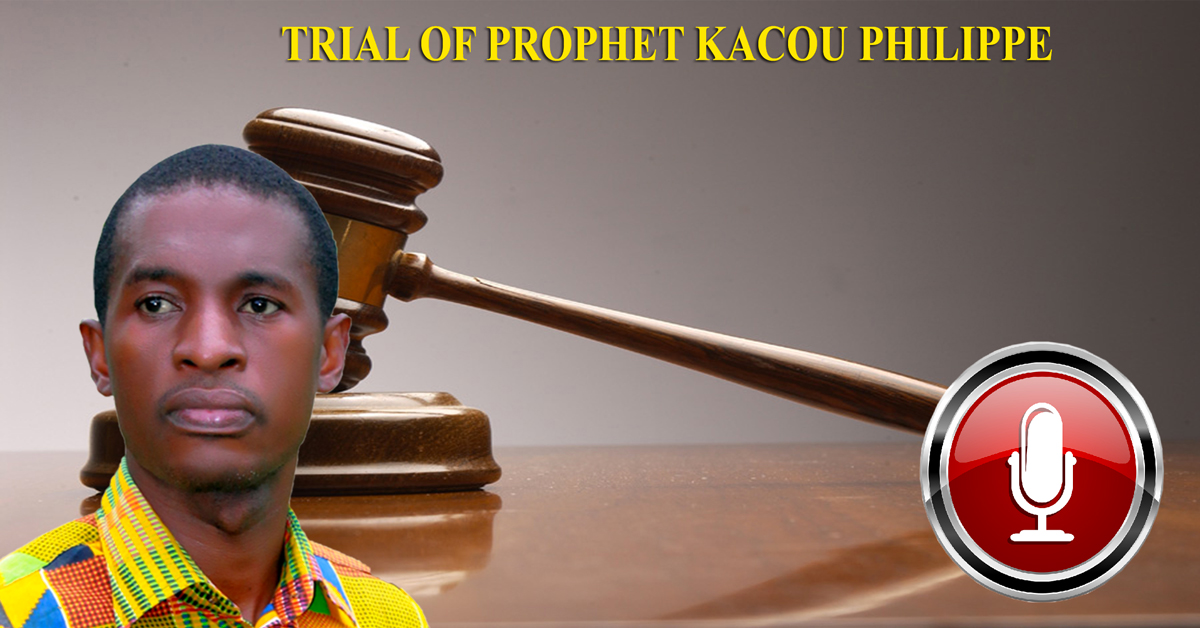 Here is an audio file of the trial. The judiciary police ordered that every phone be exceptionally turned off for this trial. Still, some people were able to partially film the trial. Listen to the trial of the 10-year-in-jail sentence. A secular country interfering in some church doctrine issues: https://goo.gl/x3NDbc

Note: Ivorian authorities claim that Prophet Kacou Philippe was never taken to the police headquarters and any person who says the contrary should be sued for defamation.

Brother Armel Adja, one of the Brothers detained from June 10 to June 14, reported: “We were questioned separately. But we were all asked the same questions. One of the questions was: “ How do you explain the fact of stating that Prophet Kacou Philippe spent the most difficult nights of his life here, while he was never taken to this place? That’s a defamation. Do you intend to discredit the police?.” And we were all astonished.” While he was at the police headquarters, Prophet Kacou recorded an audio (https://goo.gl/opSN68) but they say it is a lie.

Fortunately, a guard, who discreetly filmed the prophet, handed the video over to the believers of Prophet Kacou Philippe. This police officer said: “There is no more any trace of Prophet Kacou Philippe in the records of the “violon” of the police headquarters. And yet, he was there from Wednesday, May 18, at 11pm to Friday, May 20. All of our bosses came downstairs here and saw him. Very early on Friday morning, two men came and handcuffed him and went with him in a small car without saying a word. And last week, a colleague of mine was placed on leave for 3 days because he wanted to understand [about Prophet Kacou Philippe’s case].”